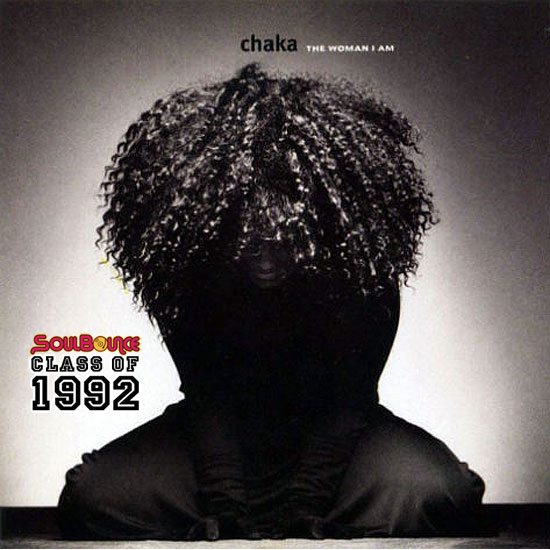 The big-haired and newly svelte Chaka Khan is extremely gifted and will go down as one of the legendary, one-named divas (alongside Aretha, Patti, Dionne, Gladys, etc.). Her 1992 album, The Woman I Am, is a great look into Chaka's musical trajectory in the '90s coming off a successful period in the '80s. This album sees Chaka working with some incredible artists who not only shaped the album but also shaped the sound of the decade.

On the first track, the upbeat "Everything Changes," Chaka collaborates with the highly successful songwriter/producer Ben Marguiles, who is famous for co-writing Mariah Carey's self-titled debut album. "Everything Changes" has an '80's feeling provided by the heavy use of the synthesizer. "Give Me All" definitely perks up the listening experience by hitting listeners with a serious groove. The track immediately raises thoughts of the soul movement brought over from the UK by acts like Soul II Soul and Loose Ends. "Give Me All" also featured production by Katreese Barnes, a producer who went on to become the first African-American musical director for Saturday Night Live where she enjoyed a 10-year run and won an EMMY for the Justin Timberlake sketch "D**k in a Box."

One of the highlights of the album is the playful "Love You All My Lifetime" that features seductive, restrained vocals from Chaka. The track is a fitting, mid-tempo classic with hip-hop influences similar to Phyllis Hyman's "Don't Wanna Change the World." But if I was going to recommend just one track, it would be "You Can Make The Story Right." This gem with a smoothly embedded piano solo is reminiscent of a Teddy Riley production like "Goodbye Love" by Guy. "You Can Make The Story Right" demonstrates Chaka's effort to stay true to her unique sound while picking up the flavor of the 1990s.

The title track, "The Woman I Am," is a resilient song about self-empowerment and learning when to move on in a relationship. It is uplifting songs like "The Woman I Am," "I'm Every Woman" and "Super Life" (with the accompanying charity work) that will be Chaka's legacy. The song also features a songwriting credit for singer/songwriter, Brenda Russell, who is probably raking in the dough now that Flo-Rida has sampled her GRAMMY-nominated song "Piano in the Dark" on his Billboard top 10 hit "I Cry."

The Woman I Am caused me to notice that there has been a drastic shift in the runtime of pop and R&B songs over the past two decades. On this album, 5 out of 13 tracks are over 5:00 minutes and 10 are over 4:30 minutes. Fast forward to the present and to those who are atop the R&B charts, and we see that on Trey Songz's latest, 14 out of 15 songs are under 4:00 minutes while on Beyoncé's 4, 11 of 12 songs are under 4:30 minutes. This has definitely been a trend across the board. Is this good for R&B or does it relegate songs to the same "verse, chorus, verse, bridge, chorus, outro" format with no room for creativity? Do music lovers have a shorter attention span now? Or is radio to blame?

Chaka's The Woman I Am is an album that gives listeners a glimpse into the transition R&B divas had to make from the '80s to the '90s. Standout tracks include "You Can Make The Story Right," "Give Me All" and "Love You All My Lifetime" and Chaka incorporated some amazing talent into her work. Despite all she has been through, it is impressive that her voice sounded so good then and continues to this day to sound incredible. This year, Chaka is celebrating 40 years in the music business with a tour, new album, gourmet chocolate line and a new fragrance. I bet that when all this drops, Chaka will still sound as fresh and sexy as ever.

Chaka Khan The Woman I Am [Amazon][iTunes][Google Play]