‘Colour’ Outside The Lines With Troumaca 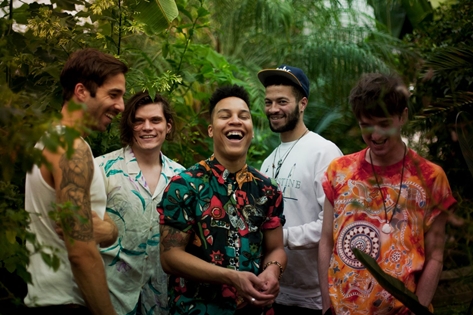 It's not often that I genuinely like a song that features a vocalist who isn't your traditionally amazing soul singer. But Birmingham, England based band Troumaca are proving to me that there's a lot more to good music than just flawless vocals. The band, who have recently been signed to Gilles Peterson's Brownswood Recordings, has given us a taste of their soon-to-be-released EP, Virgin Island, with the first single "Lady Colour." An electro-pop style ode to love that lives up to its lyrical content by painting vivid colors with its rough-and-rugged vocals that contrast with the sweet electronic sound of the track, "Lady Colour" will have you lusting for a cosmic love just like these British boys are talking about.