Are You Ready To Accept A ‘Sweeter’ Brian McKnight? 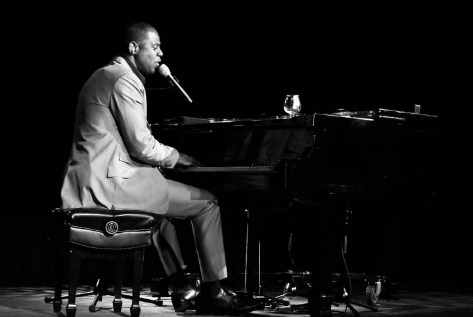 Oh, so I guess we're just supposed to act like "IfUrReady2Learn" didn't happen earlier this year. Well, at least for the next three and a half minutes, I will. Brian McKnight has released a new single, "Sweeter," and I must say, I'm digging it. If you'll join me in putting aside the fiasco that was, I think you'll like it too. Unlike his last outing, he manages to say all the right things on this smooth track, and that really comes as no surprise because we are talking about the same man who penned "Anytime," "One Last Cry," "Never Felt This Way" and many other cuts that I still play to this day. Yes, he also wrote "IfUrReady2Learn," (I never was quite convinced that it was all a joke, but he has consistently maintained that it was), but I think we're all entitled to blunders, even really big ones. For better or for worse, had the track not happened, would we even be checking for "Sweeter"? Given his sometimes curious use of them, it's fitting that the title of his next album is Words. I'm sure you'll have a few choice ones of your own after taking a listen. IfUrReady2Forgive the veteran crooner for exploring his inner B. McNasty, let us know what you think of his "Sweeter" side.


TAGS:  audio, brian mcknight"
Previous: Feel ‘The Music’ With These Atjazz & Joey Negro Remixes Of The Sunburst Band & Darien Next: Aaradhna Gets Her Sweet Revenge In ‘Lorena Bobbitt’