Mark de Clive-Lowe Introduces Us To The NEXT Collective 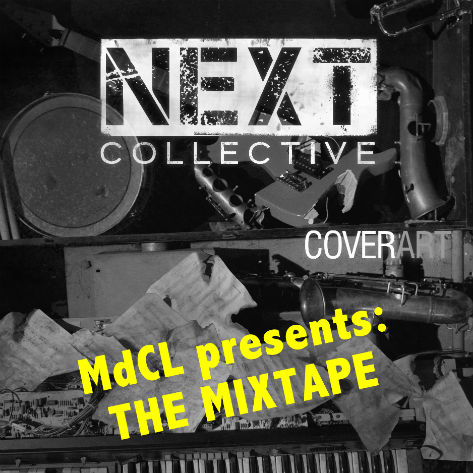 Last night I went to CHURCH for the first time. No, not the house of the Lord to worship together with others in His holy name, but the live musical experiment created by the inimitable Mark de Clive-Lowe. After wowing audiences in Los Angeles and New York City, MdCL has taken CHURCH on the road, and yesterday I got the opportunity to experience the wonder and magic for myself in Washington, DC. I quite literally had an out of body experience upon witnessing the improvisational jazz, funk, soul and house that Mark created live on stage with a two-piece band and performers Nia Andrews, Kokayi and Navasha Daya. I'm still basking in the afterglow today, so imagine my surprise and delight to find an email in my inbox this morning from Mark with a new mixtape from him to serve as an introduction to a group of jazz musicians who have joined forces to create the NEXT Collective.
Center

The group includes Logan Richardson (sax), Walter Smith III (sax), Matthew Stevens (guitar), Gerald Clayton (keys), Kris Bowers (keys), Ben Williams (bass), Jamire Williams (drums) and guest trumpeter Christian Scott. The NEXT Collective describes themselves as "an ensemble of the next generation of jazz greats exploring their own interpretations of songs by contemporary artists." But please don't think that you'll be hearing smooth jazz along the lines of Hidden Beach's Unwrapped series of watered down offerings. These young men are some of the most sought after and admired jazz musicians, and their reinterpretations of contemporary songs are nothing short of classic.

They quietly released a self-titled EP in October featuring their renditions of three songs -- The Throne's "No Church In the Wild," D'Angelo's "Africa" and Pearl Jam's "Oceans" -- that is available now on iTunes. This is all a set up for their full-length project, Cover Art, scheduled to drop on February 26th of the new year that will find them also covering Little Dragon, N.E.R.D, Stereolab, Drake and Meshell Ndegeocello. You can hear some of their fresh takes on MdCL presents NEXT Collective: The Mixtape where Mark mixes snippets of the original songs with samples of the NEXT Collective's compositions. This mixtape is available for free download, and like any good appetizer it will satisfy you for a moment but it will also make you hungry for more.