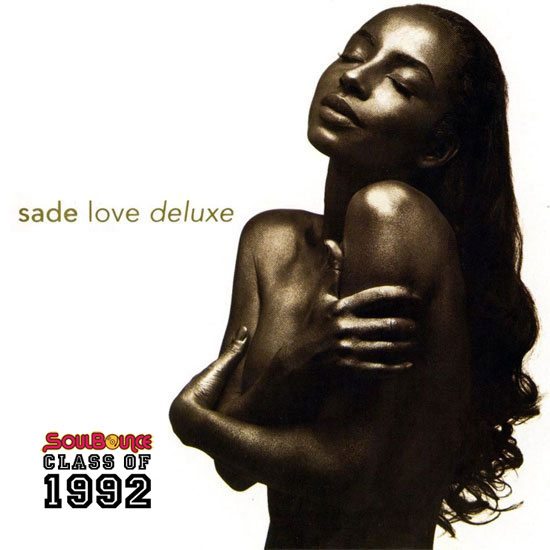 From the moment Sade Adu emerged on the scene with her eponymous band in 1984, she was panned as a detached poseuse, feigning a frosty aloofness with the aim of passing for a jazz vocalist. (Somehow, the fact that Sade the band was fronted by a striking fashion model and design student far outweighed any actual jazz influences in their music.) They were derided as a flimsy act, appealing to shallow, pretentious types who professed their love for piano-bar muzak with no real songcraft. Still, they were hugely successful, with their first three albums topping charts around the world and earning them major Brit and GRAMMY Award wins along with scads of nominations. Detractors be damned, it would seem their brand of loungey Adult Contemporary music was paying off mightily. That's why nobody expected what was to come next.

After a four-year absence, Sade burst back onto the scene in October of 1992 with "No Ordinary Love," seven and a half minutes of bass-thumping sensuality. Sade had done bass-heavy before on cuts like "The Sweetest Taboo" and "Keep Looking," but the work always had its roots planted in the band's jazzy, vaguely Latin-influenced foundation. But this new single had a thick R&B core, and a rockish aggression previously unheard from band member (and guitar genius) Stuart "Cottonbelly" Matthewman. And with the arrival of the video soon after, the world saw a very different Sade. Reteamed with director Sophie Muller, a friend from their days at London's St. Martins School of Art, Adu made this, her first video in her thirties, a moment of visual epiphany. Rather than the menswear-inspired vests and jackets she was known for, Sade showed lots of skin in a witty, hard-luck retelling of Hans Christian Andersen's The Little Mermaid (only instead of a prince, she's apparently in love with a Jean Paul Gaultier fragrance model). Muller pulled out all the stops in this clip, creating a gorgeous juxtaposition of fantasy and crushing reality that perfectly complemented the song's lovelorn lyrics. I remember watching this video on MTV Europe, wondering how Adu managed to sing while underwater. And even today, my eyes and tastes having supposedly matured, Muller's simulated seabed scenes are still utterly convincing and hauntingly beautiful enough for me to consider it one of the most brilliantly shot music videos of all time.

Weeks later, the Love Deluxe album was released, delivering on the promise of its lead single. If audiences were shocked to see her show a little midriff in "No Ordinary Love," they needed their smelling salts handy for the album's nude cover photo and the spectacular trio of subsequent music videos (all shot by fashion photographer Albert Watson), often featuring Adu in various stages of artsy undress. Being in her thirties clearly agreed with her, and she now exuded a deep (and most disarmingly, effortless and perhaps even unconscious) comfort in her sexuality. And sonically, Love Deluxe was every inch as committed to exploring new R&B territory as "No Ordinary Love" -- with, as indicated on the single (and suggested by its name), its eye very much on the bedroom. Even today, it's a strikingly cohesive album, and with its miles-deep drums and its vibrating bass sections, a straight run through its nine tracks will leave you feeling like you've just spent 45 minutes in a darkly beautiful undersea world. Periodically, you'll emerge, foregoing the bassy, underwater hum and taiko-style drums on most tracks for alternately lilting and drawn-out strings thoroughly evocative of a tranquil stream ("Like a Tattoo" and "Pearls"), and by the time you get to
the album's instrumental closer (called "Mermaid," of course) you're bound to have lost any illusions that this Neptunian arc was in any way accidental.

Prior to this release, Sade's principal forte lay somewhere between the wine-bar lounginess of "Smooth Operator" and the wine-and-pills melancholia of "Haunt Me." But Love Deluxe saw many of its most despondent moments, like the prayer-like lamentation "Feel No Pain," swathed in a sexy, thumping groove. The same goes for the steamy production on "Bullet Proof Soul," on which Matthewman gives a fireplace-ready (if thoroughly '90s) saxophone performance as Adu croons "I know the end before the story's been told / It's not that complicated / But you're gonna need a bulletproof soul." It's arguably the most heartbreaking line -- both in writing and delivery -- of her career thus far (though she would outdo that feat a decade later on the searing "King of Sorrow"). The album is, for the most part, an exercise in melancholia -- even when supposedly in the throes of love (as on the lead single and "I Couldn't Love You More"), her voice carries a subtle but unmistakable pain that, rather than clash with the sensuality of the songs, imbues them with depth and dimension. Only on the aforementioned "Like A Tattoo" and "Pearls" does the production (handled by Adu and Mike Pela) leave the bedroom altogether. They are also the album's most anguished, lyrically devastating and musically sparse moments, wherein respectively, Adu tells the tales of a haunted combat veteran and a mother in war-torn Somalia.

Next to the dexterous storytelling, what's most impressive about all this is her ability to go from wounded and lovelorn, to guilt-ravaged, to despairing, to euphoric (on the near-spiritual celebration "Kiss of Life," the album's lone blissful moment), all while maintaining her previously maligned measured delivery. It's a feat that would inspire a future generation of singers lacking the iron lungs of the Whitneys and Mariahs before them (including British songstresses Jessie Ware and Nayo, and most notably R&B coquette Aaliyah, who would work a Sade shoutout into most interviews she did in the last phase of her life). Only on "Pearls," after a painfully detailed description of her subject's famine-induced hardships, does she suddenly break free of all restraint with repeated, unexpected yelps of "Hallelujah" that will make your blood run cold. And then she closes song on a repeated line "it hurts like brand new shoes" -- an analogy whose bitter irony is nothing if not intended.

Love Deluxe remains her most mainstream-accessible, yet consistently brilliant album to date. It initially failed to match the runaway success of the band's previous releases, but thanks to its strong singles (and a major feature for "No Ordinary Love" in the promotion of the 1993 drama Indecent Proposal), it went on to sell 3.4 million copies in the U.S. It marked a rebirth of the group that many expected to yield tons of great music in the coming years (as indicated by the release of "Please Send Me Someone to Love" for the 1993 film Philadelphia). But Adu became pregnant in 1994, right around the release of the well-received The Best of Sade album, and retreated from the spotlight to raise her daughter Ila with Jamaican music producer Bob Morgan. The boys (Matthewman, keyboardist Andrew Hale and bassist Paul Denman) formed the side project Sweetback, and Matthewman went on to become a hugely respected producer in his own right, composing for a multitude of artists and motion pictures (most notably helping to craft the sound of soul crooner Maxwell's first three albums). And there began what's now come to be known as the "Sade album cycle." Fans have come to expect decade-long gaps between studio releases from the band, and every Sade album is an event just for its existence.

Sade is now in the enviable position of being able to make music on its own terms, as one of the few acts who get to tell their record labels when they want to record. They now manage a dual image as respected veterans and underexposed brokers of cool cachet -- in 2010, rappers Jay-Z and Drake led an amusing campaign of wooing, politicking and outright lies to earn bragging rights as the first act to ever duet with Sade. (Jay-Z won.) With Sade's current standing, it's hard to imagine the now-fawning press trading in the kind of venom they once reserved for them. I guess the old saying is true: "the way to a critic's heart is through his baby-making playlist." And if you're 19 or younger, now you know the topless woman whose picture is on page one of your baby book.

Consider this a soulful version of the birds and the bees.


TAGS:  Andrew Hale, audio, Class of 1992, maxwell, Mike Pela, Paul Denman", sade, sade adu, stuart matthewman, Sweetback
Previous: Is Fantasia Ready To ‘Win’ Again? Next: Morning Soul: Show Me That No One Else Can Do It Better Than You