Tamar Braxton Gets Her Life On ‘Love And War’ 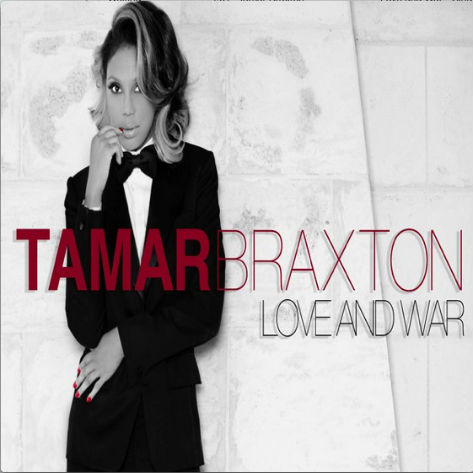 After a couple years of Tamar Braxton yammering on about how "hot" she is and how she is not just an ordinary "doo wop pop-pop" background vocalist on Braxton Family Values, the youngest Braxton sister finally has released her new single, "Love and War." Honestly, I feel salty. This single is EVERYTHING that Tamar has hyped. I think everyone knew that Tamar was talented, but I didn't take Toni Braxton seriously when she pointed out on the show that Tamar was the best singer of the five sisters but big sis may be on to something. "Love and War" is a melodramatic tune about the ups and down of a relationship, playing up the relationship between "love" and "war" (much like Robin Thicke yet sounding eerily similar to Keyshia Cole's "Trust and Believe"). While Tamar has those Toni Braxton-patented low growls, she shows some incredible depth and color in her voice that I have not heard in some time. From her nagging speaking voice, I did not anticipate her style being this versatile. I'm sure that many people who catch either of Tamar's shows wonder how her husband, music mogul Vincent Herbert, can put up with the drama, but I'm sure he knew he fell in love with an abundance of talent. If this is the direction Tamar is heading in with her new project, she could easily find herself gushing over GRAMMY-nominations one year from now.
Center