Azealia Banks Does It Well On ‘BBD’ 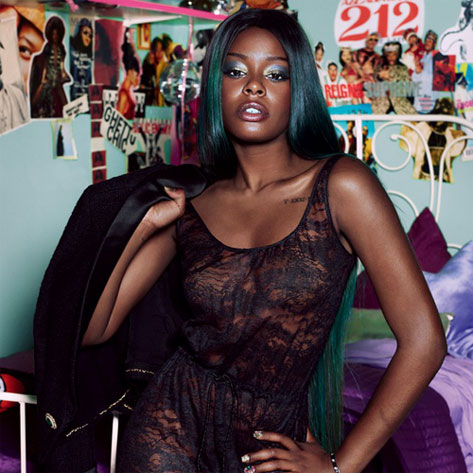 Hip-house rap diva Azealia Banks could have 2013 on lock with her debut Broke With Expensive Taste scheduled to see the light of day next month. But before she releases the album, she's starting the year off right with her latest leak, "BBD." And, though she name checks Michael Bivens, New Edition and BBD, this song has nothing to do the '90s NE offshoot. "BBD" stands for "Bad B*tches Do It," and Ms. Banks does it well. On it, Azealia wields her usual witty wordplay over a slightly ominous, amped up Apple Juice Kid and Sup Doodle beat that feels closer to trap rap than the more dance-flavored direction of her previous efforts. Perhaps the most interesting thing here, though, is the way Azealia attacks the track. Coming much harder than her house-flavored songs like "212" or "Atlantis," "BBD" finds her showing that, flow wise at least, she can keep pace with any of her male contemporaries. Though she recently said that rap was "kinda tacky" and "unladylike," it's definitely a realm that the outspoken up-and-comer has mastered (I'll let you guys determine what that says about her character). Unfortunately, "BBD" won't be appearing on Broke With Expensive Taste when it drops, but I'm sure it will become available via some other means sometime soon.