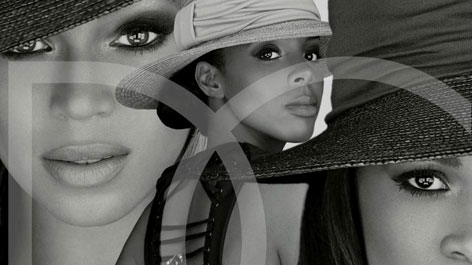 As Team Beyoncé ramps up the Q1 multimedia promo onslaught meant to ensure 2013 is remembered as the year the Blond Bee returned to reclaim her chart throne, her father and former manager/label boss Mathew Knowles shrewdly announced Thursday that a new Destiny's Child compilation is in the works. To sweeten the deal, Music World and Columbia are throwing in a previously unreleased DC track, "Nuclear," written by Pharrell Williams, James Fauntleroy, Lonny Bereal and DC bandmate Michelle Williams.

The production from Williams is a synthy, spacey, mellow mid-tempo reminiscent of the late-'90s / early-'00s Neptunes sound (also, think Röyksopp's "Remind Me" meets Télépopmusik's "Don't Look Back"). It's by no means single material (and considering no one's saying exactly when this was recorded, one could argue they never considered it album-worthy until now), but its mellow vibe, like a rainy afternoon spent under a warm blanket, is charming enough. At least until Michelle's somewhat shrill delivery hits you in the face like a wet draft from an open window, reminding you of her many, many awkward moments during her time with the group.

Be careful what you wish for.