Ever since The Throne went gorillas in France two years back, it seems like everyone is dying to have their own moment in Paris. Exhibit A being Kendrick Lamar and his visual for "Backseat Freestyle." The video for the Hit-Boy-produced banger features this Compton native taking us for a trip around his hood along with shots of his time spent overseas. I'm pretty sure that this is the first piece of film that I've witnessed with both artsy shots of the Eiffel Tower and a booty-clapping scripper, but don't quote me on that, I've yet to see the Midnight in Paris director's cut. Adjust your subwoofers before streaming the video, and make sure to pick up K. Dot's good kid, m.A.A.d city if you haven't already done so. 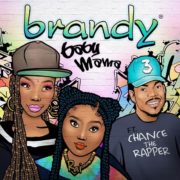