These Maxwell ‘Bad Habits’ Remixes Are All Good 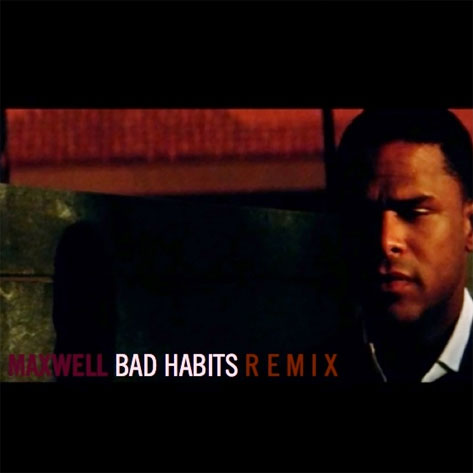 A quick stalking of glance at Maxwell's social media accounts today may have left many disappointed who were looking forward to another installment of #MaxwellMondays. After last week's bounty of the teaser to "Gods" from SUMMERS' and a "Pretty Wings" remix, we were looking forward to a little sumthin' sumthin' from him today. Well, as it turns out Max may have decided to skip this week's #MaxwellMondays (although the day is still young) because over the weekend he added two remixes of his hit song "Bad Habits" to his SoundCloud page. Call it #MaxwellSurpriseSaturdays, but it was definitely an unexpected treat to see these two very different remixes that have been floating around for the past few years get dug out of the crates. Of the two remixes, the "Bad Habits (Remix)" was originally released in 2009 around the time that the single dropped, and it flips the script on the bedroom banger turning it into something for the dance floor with a hip-hop soul treatment. The second remix is from those prolific Urban Noize fellas who blended "Bad Habits" with Jay-Z's rap on "Party Life" from American Gangster in 2010 -- and shockingly enough it works. So much so that it makes you wish that Jigga and Max would consider a collaboration in the near future. Check out both remixes, and know that whatever day of the week Maxwell decides to break us off with new music, old remixes or whatever he fancies, we are ready to be broke off.