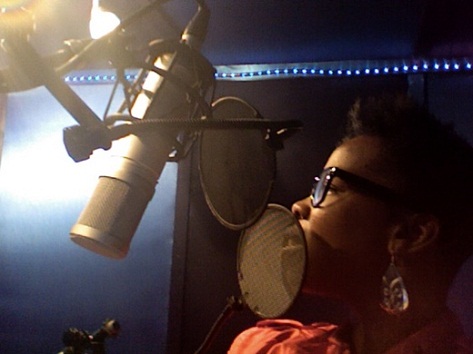 It's been a good while since we've heard from Latonya "Tone Trezure" Givens. Way back in September 2011, Tone guest starred on Proh Mic's '80s inspired "Sleep In Girl." Thankfully, Tone's back and sounding as great as ever. Gearing up for her latest project, Pepper Russell: Life In Stereo, the singer dropped her song "Universal Love," which utilizes the music from Jay Electronica's ode to Erykah Badu "Fat Belly Bella," last week. On it, the Flint, Michigan native uses her unique voice to reflect on a love that transcends all. And for the song's accompanying video, Tone gives love to her family and the people, including Jay Electronica and J. Dilla, who helped her get to where she is today. Most importantly, though, she gives love to her sister, Erica, to whom the song is dedicated ("Happy Birthday, Erica" is what she sings as the song's music fades). If you are as in love with this track as I am, you can listen to and download it here. And, if you stick around after the bounce, you can peep the video and learn quite a bit about Tone in just over two minutes.