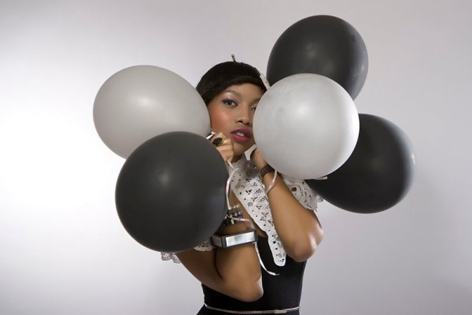 Just over a year after first appearing on SoulBounce's radar with her charming, souled-out cover of Wheatus' "Teenage Dirtbag," Nigerian singer-songwriter Temi DollFace dropped her official debut single "Pata Pata" last week. Having studied performing arts before signing with Sony ATV during her years in the UK, DollFace dubs her sound -- influenced by everyone from Ella Fitzgerald to Fela Kuti to N*E*R*D -- "Drama Soul." Cringeworthy genre-creating aside (because what singing upstart worth their salt doesn't make up a new genre classification for their music these days), there's an undeniable theatrical sass to both her sound and delivery. On "Pata Pata" (co-produced with up-and-coming Nigerian producer Ikon), DollFace brings a raucous, confident energy that's one part Gerideau's "Masquerade," one part Donae'O's "Party Hard," and two parts Neptunes-produced hip-house. The result, a vampy contralto that perfectly bookends the ingenue we heard on "Dirtbag," hints at a vocal range and readiness to play with personae that ensures we'll be watching closely for her next move. Listen to "Pata Pata" below and enjoy a closer look at Temi in her own words after the bounce.