Common & J. Period Bring Us ‘The Next Chapter’ 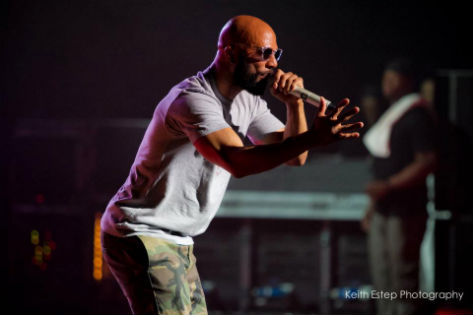 Back in 1994, Common personified hip-hop as a lady on the classic joint "I Used to Love H.E.R." Five years later we were treated to "Act Too (Love of My Life)" with The Roots before the concept was revisited a few years later with former girlfriend Erykah Badu on "Love of My Life." Well, here we are nearly two decades later, and this relationship continues to thrive as seen on the Chicago native's new track "The Next Chapter (Still Love H.E.R.)." Brooklyn DJ/ Producer J. Period reworks Lalo Schifrin's mysterious "Danube Incident," popularized on Portishead's "Sour Times," for a gritty guitar-driven instrumental. And while it may seem that Common has strayed from his first love in the name of his much more profitable mistress named acting at times, it is nice to hear the emcee return to his roots with some solid lyrics. Forget about your thoughts on sequels, regardless of the medium, because it's hard to argue their mass appeal. It is definitely in Common's best interest to revisit this concept as his audience continues to grow. Have a listen and look out for the February 12th release of J. Period's Rage is Back mixtape. [Photo: Keith Estep]