It Sounds Like This Rudimental Album Will Be Worth ‘Waiting’ For 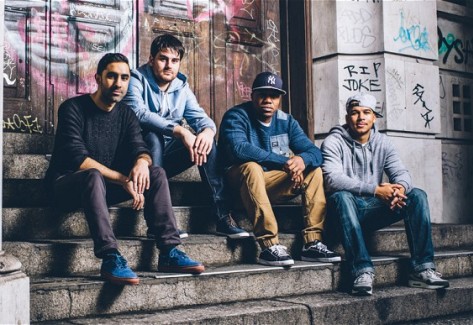 After originally being slated for a late February release (i.e. next week) it looks like Rudimental's self-titled debut album will now not see the light of day until late April. I won't lie, I'm slightly mad as I had my credit card in hand ready, but in way of an apology the London four-piece unleashed a worldwide exclusive of their new track "Waiting All Night" via Zane Lowe's BBC Radio 1 show. The track, which was co-written by and features newcomer Ella Eyre, sticks to their tried-and-tested formula of hi-octane dance, big vocals, killer hooks and, of course, those trademark horns. So far these guys haven't set a foot wrong, so the countdown to April 29th begins. You can take a listen to a radio rip of the song below.