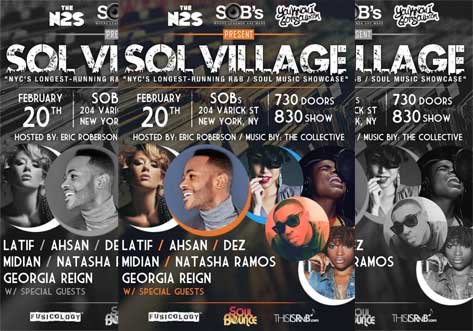 We're already a few days into February and that means that if you live in the New York City area then you're that much closer to the next edition of Sol Village at S.O.B.'s. This month's showcase happens on Wednesday, February 20th, and the lineup is one to not be missed. On the bill to perform is Latif, Ahsan, Dez, Midian, Natasha Ramos and Georgia Reign. Holding it down as host doing the most is once again Eric Roberson with sounds provided by The Collective. Tickets are on sale now at the S.O.B.'s box office or online via TicketWeb. Our good friends at S.O.B.'s have generously given us two pair of tickets to give away and all you need to do to enter is fill out the entry form after the bounce.
Center 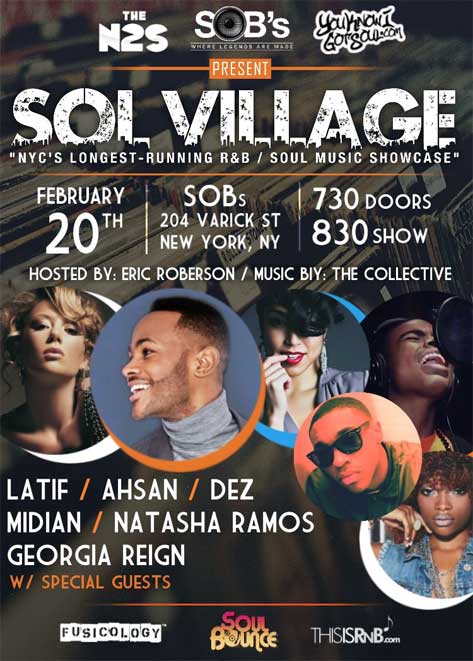