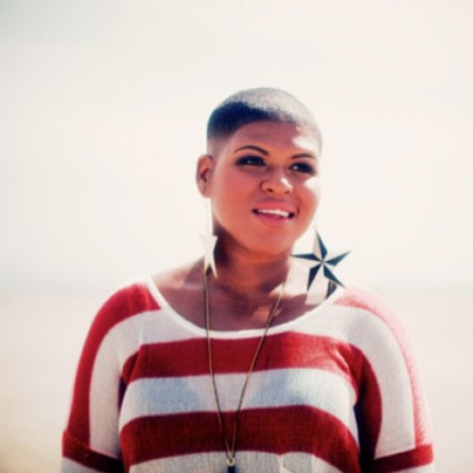 Though Valentine's Day is just a kiss (or in my case, a grumble) and about a week away, Stacy Barthe isn't wasting a beat getting us in the right mindset for her upcoming EP, P.S. I Love You. Before the year closed out she had already given us a preview as she charmed with "Beautiful Flawed Creatures" and "To Be Loved." Now she's continuing to wear her heart on her sleeve with the newly minted "Hell Yeah!," also slated for the V-Day EP release. Now don't be fooled by the spry exclamation point or the guest spot from Rick Ross, this isn't an energetic club thumper. Instead, Barthe along with producer K. Roosevelt gives us a twist of change as Barthe takes us down a brooding mid-tempo soulful lane where she ruminates about the acts of senseless violence that have spiked in recent months, as well as questions when it will all end. Even though Barthe's unyielding question hangs in the air, the singer herself shouldn't question the path of her career as with already three EPs to her name and a full-length album on the way, clearly, the only way is up for her.