Take A Ride Down ‘I-69’ With Roman GianArthur 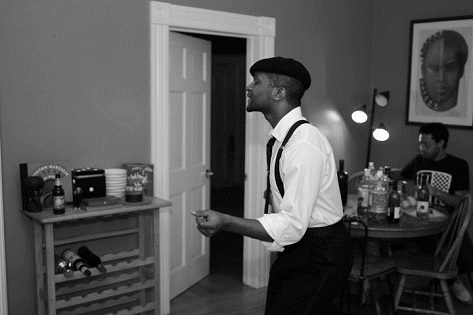 After leaving us "High & Dry" in the best way possible, Roman GianArthur is back with his official debut single, "I-69." The track, which you can either take as being about a delightful trip down the highway or as a thinly-veiled metaphor for a certain bedroom maneuver (which, let's be honest, is most likely), follows in the steps of his previously leaked track "Depraved Valet." Utilizing a sound backdrop that will recall the bass grooves of the '70s and the electronic production of the '80s while still keeping it decidedly modern, Roman and his vocals cruise through the track with ease. And, while this may be Mr. GianArthur's first official time at this, he certainly knows what he's doing as the track builds slowly but surely to an enjoyable musical release. In fact, by the time the song gets to its heavenly climax (with a fiery electric guitar solo to boot), I'm sure that you'll be more than satisfied.


TAGS:  audio, Roman GianArthur
Previous: Szjerdene Will Shoot You Down With Her ‘Arrow(s)’ Next: Kev Choice’s ‘Dear Love’ Is A Welcomed Letter