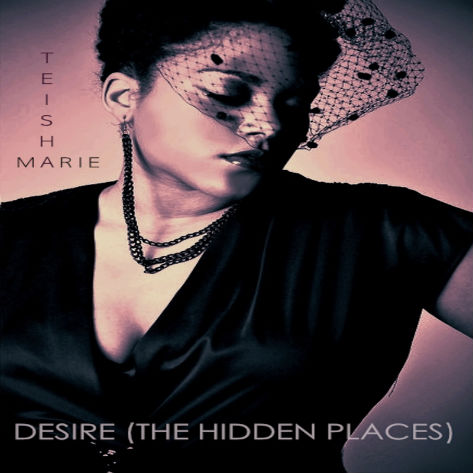 Teisha Marie was one of the first artists to receive the Bounce-Worthy distinction back in 2007 shortly after SoulBounce opened its virtual doors. Since that time, things have been kinda quiet from her direction, but the DMV native and resident has been diligently working on new material and we're finally getting to hear the fruits of her labor. "Desire (The Hidden Places)" is the first single from her upcoming spring release, The Girl From Nowhere, and it is a sexy mood-setter ready for your after hours playlist. Teisha smolders over production from Ahmed Sirour who sets the tone for seduction with a pulsating beat and slinky synthesizer. If the music sounds familiar that's because the instrumental track, "The Hidden Places," was originally found on Sirour's The After 2am Sessions LP. Teisha Marie adds the right amount of sugar and spice with her inviting lyrics. The pair have worked together before on her debut album, Addicted To Life, but you can hear how both have grown as artists since that record and taken things to a sensual new level. Press play to experience "Desire (The Hidden Places)" and have your sweetheart to warm you up or a cold beverage to cool you down nearby.


TAGS:  ahmed sirour", audio, teisha marie
Previous: Get ‘Hooked’ On What Kissi B Is Serving Next: Kendrick Lamar Gets ‘Poetic’ On ‘Late Show With David Letterman’