We Are ‘Addicted’ To The Brand New Heavies’ ‘Sunlight’

While rumors about new material from the Brand New Heavies has been circulating for some time, things got official late last year when the band started a Pledge Music campaign to fund Forward, their first studio album since 2006's Get Used To It. The rumor mill was also churning regarding whether or not N'dea Davenport -- who, lets face it, is the voice of BNH -- would return to the fold for a full album. Well Forward has now got an official release date, April 29th to be exact, and the word on the internet streets is that N'dea will be making a return, but not for the entire album. She is featured on the project's lead single "Sunlight" and teaser track "Addicted," but a vocalist by the name of Dawn Joseph will flesh out the rest of the album. "Sunlight" is a zippy, uplifting slice of dance floor-filling soul that ranks up there with some of their catchiest work, while "Addicted" is a more mellow, guitar/bass-driven groove, both of which can be sampled after the bounce.
Center
After the bounce 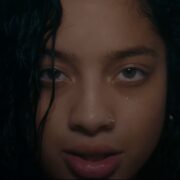