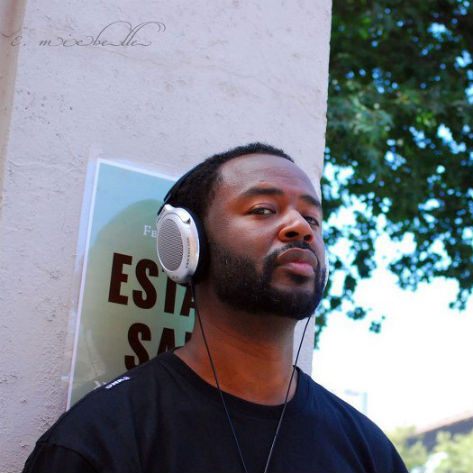 February is here, and that means that Valentine's Day is right around the bend. The lover's "holiday" will be celebrated with bouquets of flowers, boxes of chocolates, expensive dinners, adult beverages and clothing-optional activities by many of you who are reading this. But if there's one thing that anyone who dare calls themselves a SoulBouncer better have at the ready on this day is some sexy music to get the mood oh-so-right. That's where Ahmed Sirour comes in with his latest project, This Would Be a Love Song​.​.​.​ If Only I Could Sing. This brand new EP is scheduled to be released on Tuesday, February 12th just in time for the 14th. This project follows the release of his The After 2am Sessions LP last year and picks up where that album left off but with a twist -- This Would Be a Love Song​.​.​.​ If Only I Could Sing features Sirour on the mic as well on the music. Ahmed is sharing his poetry in spoken word form on this five-track EP and you can check out his verses and flow on the first single "To Whom This Will Concern." If you're surprised that Ahmed is also a poet, then you shouldn't be because according to him he was a poet before he was a musician, so this EP takes him full circle and back to where he found his passion for the arts. Passionate is exactly what this track is as he melds his words with his music in a sensual but tasteful manner. This Would Be a Love Song​.​.​. is available for pre-order now on Bandcamp and includes two bonus instrumentals for those who order now. If you need a soundtrack for this Valentine's Day, then you may have just found it. But remember -- Ahmed is just providing the assist, it's up to you to slam dunk. [Photo: E. Michelle]


TAGS:  ahmed sirour", audio
Previous: We Want ‘Nobody Else’ But Full Crate & Mar Next: Common & J. Period Bring Us ‘The Next Chapter’