Andy Allo Gets A Re-‘Fresh’ On New Remix Project 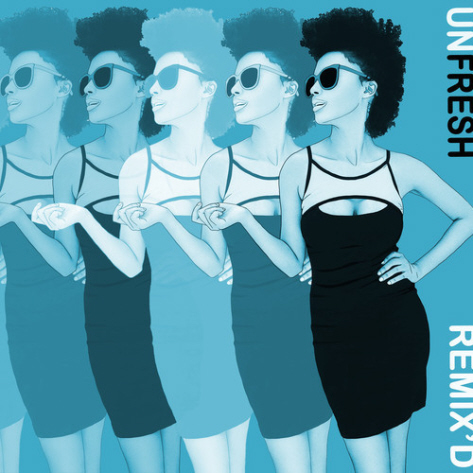 Before Andy Allo radiated a Prince protégé glow, she introduced herself to the world with her perky soul bopping 2009 debut, UnFresh. Us here at SoulBounce knew what was what, as we dubbed her the honor of being Bounce-Worthy while our own Butta aptly described her as "Corinne Bailey Rae's cool younger sister," and from then on we were, well, "Hooked" on Allo. To rewind and reminisce, a new project has come into our midst to remind us just how fun and versatile UnFresh was. As Allo's team is working to rebuild her web presence they are also dishing out UnFresh Remix'd, an upcoming release that will dress the entire album up in a brand-new fresh coat of aural paint. The project's first installment is a re-fix of the title track done by producer Vanjus of Euro house and electronica band Modern Quartet, and quite a glistening and futuristic dance-floor filler he has transformed it into. Now the extra cool thing about this project is that the remixes are being hand-picked by Allo and her crew, and they have extended an open invitation to anyone who wants to contribute to this release. So any budding remixers/DJs/producers who want to get in on the project and show off their skills should contact Allo with the quickness at the following e-mail address. Let freshest ones win!