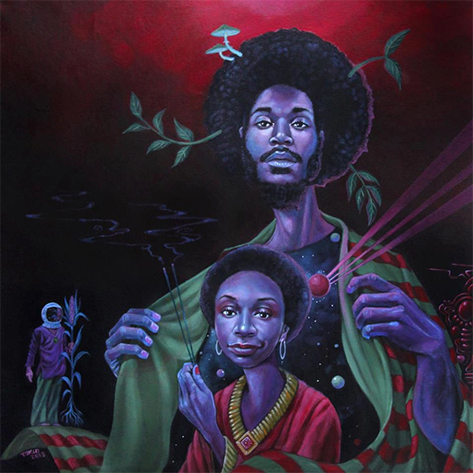 The soulful Chicago duo formerly known as Martin Parks is back with a new name and an even stronger sound. After hopping in their jeep and trekking to Los Angeles, Jacque Hammond and Roman Lee Norfleet, now known as Black Fantastic, have embarked on a special journey and are prepared to tell the story. They're starting with their new single, which is entitled "Black Diamonds." With Hammond's beautiful voice parading over Norfleet's seamless production, "Black Diamonds" offers an experience built upon soul and spirituality. "You ain't gotta dig so far. Black diamonds in your heart. Soul made of gold, eyes made with stars," Hammond sings. "Black Diamonds" serves as the buzz single for the self-titled debut album from Black Fantastic, which is scheduled to be released this May. After the bounce, give "Black Diamonds" a few spins and take a moment to dig into the Martin Parks catalog, as we wait patiently for more from Black Fantastic.