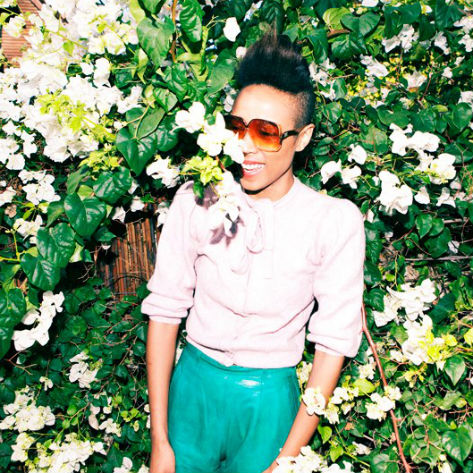 Calling Israel home, Ethiopian by decent and coming from a highly religious Jewish family, singer-songwriter Ester Rada does indeed wear her heritage and culture proudly, as it plays an important role in the music that she pens and performs. Rada introduced herself to U.S. shores last year with her debut EP, Life Happens, and she gave off vibes as a Les Nubians and Lianne La Havas hybrid thanks to her sugar in the raw vocals and down-to-earth persona. Yet, her strengths as a storyteller and vocalist are more aligned to her main influences, namely Nina Simone, Jill Scott and Erykah Badu. Like her trio of muses, Rada explores a wide range of genres and techniques, even inserting a bit of Middle Eastern flair from her homestead into the mix to give off her own distinctive flair separate from her idols.

Whether she's executing cerebral acoustics (current single "Could It Be"), summery soft soul ("Anything") or doing complex jazz thing-a-ma-jigs (the superb "Monsters"), Rada isn't worried at all about fitting into some stuffy box of musical conformity. So listen up, pay close attention and allow Ester Rada to tell her stories and let you hear what's going on from her perspective as you take in "Anything" and "Monsters" below and peep the visual for "Could It Be." If you like what you hear and want to see Miss Rada in action, she's zipping around the U.S. next week with a debut showcase in NYC as well as stomping the stages at this year's SXSW in Austin.