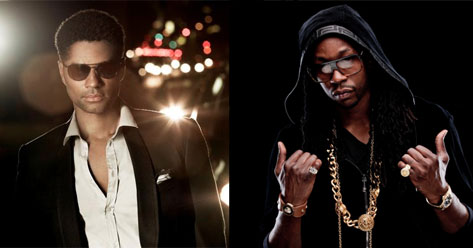 In today's track you'll hate or love news, Eric Benet has teamed up with 2 Chainz to flip "News For You" from last year's The One. Now, I'm on that side of the fence that still can't tell a 2 Chainz from a Future, so I didn't go into my first listen with high hopes, not to mention, I've actually heard the album and loved the original version. In fact, it was one of my favorite songs from The One. So what could 2 Chainz possibly have to offer besides yet another reminder of Eric Benet's struggle for relevance to the 20-somethings and airplay? Turns out, not much, but he's not what makes this version of the track interesting. First sampling Lenny Kravitz's "It Aint Over 'Til It's Over," it flips to The S.O.S. Band's "Tell Me If You Still Care" -- reminders in and of themselves about just how far we've come in terms of musical substance. But, don't be blinded by the glare from the double chains, Mr. Benet is saying something here. Putting my usual annoyance with sampling aside, it is an interesting twist, and I actually think it works. I still can't deal with 2 Chainz and his lyrics, but it's worth a listen.