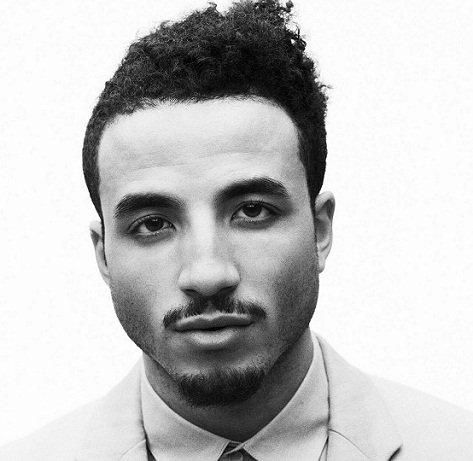 Ladies and gentlemen, allow me to introduce you to Kim Cesarion. He's definitely one Swede that you'll want to keep an eye on. Kim is hoping that his debut single "Undressed" will be just what audiences want to hear. And, for the most part, it is. Lyrically, the song is an aggressive come-on that's just gutsy enough to work (and I'm sure that the 22-year-old's boyish good looks and charm will carry him if the game he's spitting should fail). And the instrumental track, with its buzzy guitars and bombastic roar during the chorus, is tailor made for radio play. My only problem with it is that it's just a bit too pop for my tastes. Luckily, Kim isn't a one trick pony. He's also released a stripped down live performance of "Undressed" that might speak to those more into Maxwell or D'Angelo than Ne-Yo. Slowing the pace down just a hair, "Undressed" becomes a slow jam that coaxes instead of the original's primal demand. It also shows that not only does Kim have a great ear and stellar voice, he has great command over his falsetto, which gets a good workout during the song's chorus. "Undressed" is the first sound from Kim's upcoming debut, which will drop later this year. Give the official version a spin below and then hop after the bounce to dive into the slow burn of the live take (and trust me, this is definitely one case that demands you hear both versions). [H/T: N2S]