NEXT Collective Reforms The Throne’s ‘Church’ 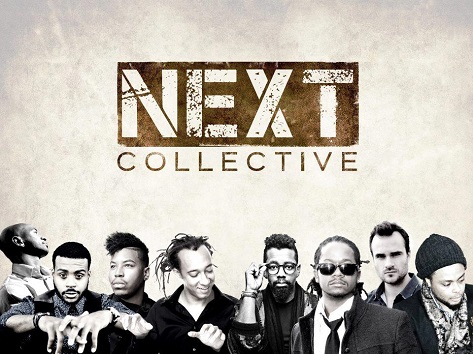 Usually, when jazz decides to take on other genres, especially hip hop, you get smooth jazz compilations like Hidden Beach's Unwrapped series (no offense to those that dig that sort of thing, it's just not my particular cup of chai). But in the case of NEXT Collective, the jazz super group comprised of new school upstarts Ben Williams, Christian Scott, Gerald Clayton, Jamire Williams, Kris Bowers, Logan Richardson, Matt Stevens and Walter Smith III, the songs they cover are transformed into something with roots in the original work the spreads beyond the expected. Look no further than their take on The Throne's "No Church in the Wild" for a clear example of this. Filtering the previously ominous track through a Miles Davis/John Coltrane lens, "No Church" soars beautifully in the musicians' able hands -- especially with trumpeter Christian Scott showing up and showing out throughout the song's nearly seven minutes. "No Church" features on NEXT Collective's debut Cover Art, which also has takes on "Marvin's Room," "Africa" and new modern standard "Twice." The album dropped last month and is available for purchase now via iTunes. Get into "No Church in the Wild" below and then check out the fellas performing it live after the bounce.