The Decoders & Alex Isley Ask ‘What Cha’ Gonna Do For Me’ 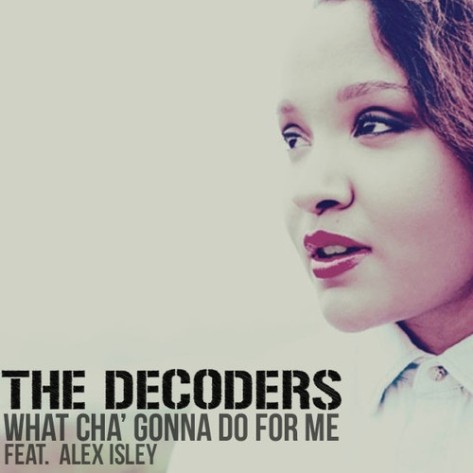 Although many have attempted it, Chaka Khan covers are a difficult feat to pull off. The energy, soul and raw power she poured into all of her biggest hits, combined with her unique vocals, means that any attempt to deliver an alternative version usually pales in comparison. One way around this is to switch things up a little, something dub/reggae band The Decoders know only too well having already covered greats such as Minnie Riperton and Earth, Wind & Fire with huge success. For the latest single taken from Volume 2 of their EP series, The Decoders have enlisted Alex Isley to lend her sweetly soulful (and distinctly non Chaka-like) voice to their electro-dub take on one of my favorite Chaka songs, "What Cha' Gonna Do For Me." The original's raw funk has been swapped out for a much more chilled vibe, which suits Alex's laid-back R&B style perfectly. The single will be available tomorrow from iTunes, or direct from The Decoders' Bandcamp page. In other news, The Decoders are also putting the finishing touches Adventures From Paradise: A Tribute To Minnie Riperton, a combined live, visual and audio project which will see an album of Minnie covers (to be released this summer) along with an accompanying tour with stops in LA and New York confirmed so far. I cannot wait to hear this!