Tye Tribbett Is Back With ‘Same God’ 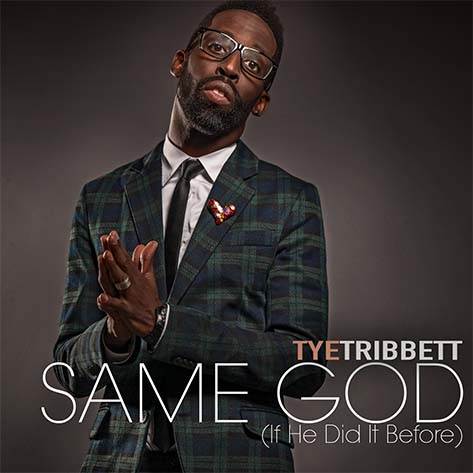 Following his show-stopping performance on the 2013 Stellar Awards, EMI Gospel recording artist Tye Tribbett has emerged again with his new single. "Same God (If He Did It Before)" finds Tribbett returning to the signature high-energy formula that he originally introduced with his former group of singers, Greater Anointing, on his 2004 debut album Life. "Same God" is a strong anthem declaring victory over defeat and making note of what God has done and can do again. This offering serves as the lead single for Tribbett's fifth album, Greater Than, which was recorded live in Sunrise, Florida and Los Angeles, California in August of 2012. "This CD is about getting the focus back to God and acknowledging that He is greater than anything or anyone," Tribbett said. Turn up "Same God" and stay tuned for more from Tye Tribbett and his highly-anticipated album, Greater Than, which drops this summer.