Tyler, The Creator, Coco O. & Erykah Badu Invite You To Their ‘Treehome’ 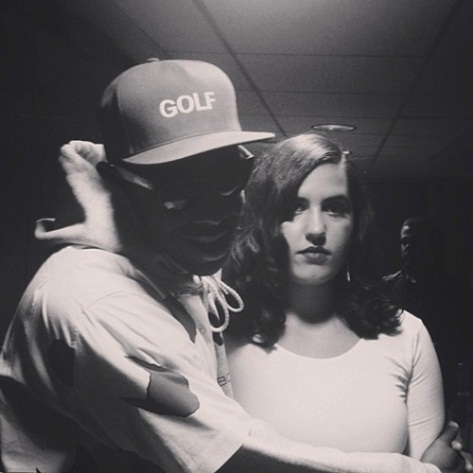 Who would've thought that I'd be singing the praises of a Tyler, The Creator record? Certainly not me. However, after hearing "Treehome95," I'm doing just that. I was skeptical of the song when Tyler first performed it with Quadron's Coco O. during a recent appearance on Late Night with Jimmy Fallon, as I was sure the official version would be some kind of okey-doke. So I was pleasantly surprised to find that it features almost no trace of Tyler on the record. Instead he allows his gorgeous guests, Coco and Erykah Badu, to run the show. The song, which seems to be about the ladies seducing someone into coming back to their treehouse (yeah, I've got nothing for that one), is a jazzy little number perfectly suited for the ladies' unique voices. Being that I've always thought that Badu and Coco's voice were made to duet with each other, this song gives me everything I need. The only thing I wish is that it was much, much longer (and not on Tyler's album). Will this actually make me buy Tyler's upcoming Wolf when it's released April 2nd? I highly doubt it. I will, however, make sure that I will be copping this track.