We Love ‘The Way’ MNEK Handles This Janet Jackson Cover 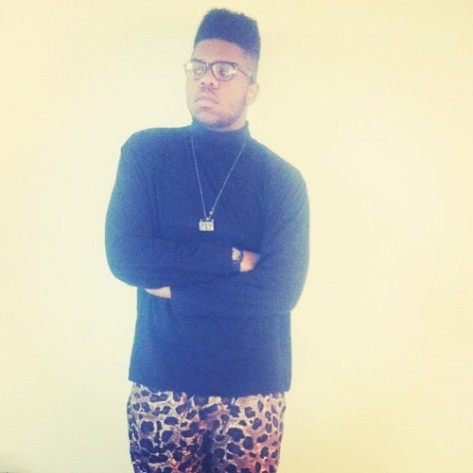 I know he's set to feature on Rudimental's upcoming Home project, and he is busy producing and writing for a whole host of musical talent, but somebody, somewhere needs to sign up 18-year old Londoner MNEK and get him to release an album. And yes, I'm not even bothered if it's a "dreaded" covers project because, if MNEK has showed us one thing over the past 12 months, it's that he can pull off a cover like few others. So far he's lent his immense skills to songs by Kelis, Kylie Minogue, Sade, Disclosure/AlunaGeorge and now he has taken on "the queen" (as he calls her), Janet Jackson, and her song "That's The Way Love Goes." Now I know some people can get a lil' touchy when it comes to anything Janet-related, but I have to hand it to MNEK. He has given the Jam & Lewis track a 2013 makeover, laying his silky-smooth vocals over the top of his updated beat, and, frankly, he sounds great. You can stream the track for your listening pleasure and, as was the case with previous covers, downloads will be available for a limited time only.


TAGS:  AluneGeorge, audio, Disclosure, janet jackson, jimmy jam, kelis, Kylie Minogue, MNEK, Rudimental, sade, terry lewis
Previous: While We Await Their Debut Album, KING Show Us What They Have Been Up To ‘In The Meantime’ Next: Opolopo Adds A Little ‘Bounce’ To Michael Jackson’s ‘Rock With You’