While We Await Their Debut Album, KING Show Us What They Have Been Up To ‘In The Meantime’ 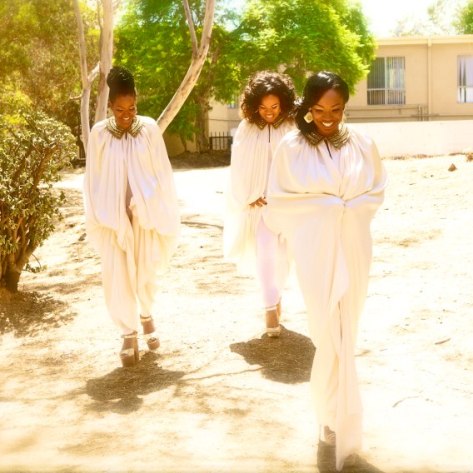 We can't believe that it's been two years sing the ladies of KING released their much-lauded EP, The Story. When the three-tracker dropped, the blogosphere temporarily lost its collective mind, with tastemakers and fellow artists hailing them as the next big thing. Fast forward to 2013, and things have been quiet on the music front, apart from guest appearances on tracks from The Foreign Exchange and Bilal, but that all changed yesterday when Anita Bias, Paris Strother and Amber Strother released "In the Meantime," a taster of their upcoming debut album. Fans of The Story will rejoice, as the track is full of those stunningly beautiful harmonies from Amber and Anita, as well as Paris' soulful, intricate melodies. There is no word on when their as-yet-untitled album will see the light of day but, on the strength of their output thus far, it'll be worth the wait.