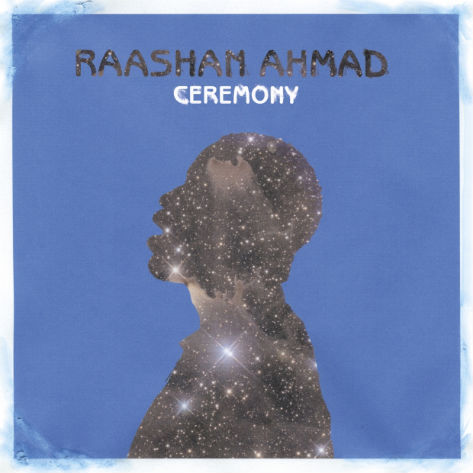 MC Raashan Ahmad dropped his album, Ceremony, this week. To clarify, ceremony can be defined as "a formal act or series of acts prescribed by ritual, protocol, or convention," but Ahmad has delivered an LP that is anything but conventional. This soundtrack to life is best described as a melting pot of styles, sounds and rhythms, all of which come together to create what can only be described as a thoroughly enjoyable and festive experience. From the jazz of "Easy On Back" to the Latin styling of "No No No" and "Mariposita" to the future soul vibes on "Hold On," Ahmad does not miss a beat. This is no easy feat considering the album is 16 tracks long. How many other artists can deliver an album where each track takes you on an enticing exploration of different corners of the earth? Not many. But that is just what Ahmad gives listeners on Ceremony. His flow as a rapper is engaging, but he also gets a little help from various collaborators throughout the album. All of these guests happen to come from all over the world, injecting their energy and vibe into the album. From Austrian singer Soia on "Itai," to English rapper Ty and the Bounce-Worthy Australian soul chanteuse Sarsha Simone, who both appear on the uplifting standout "Music," and many others, this is a case where the collaborations feel organic and necessary, adding another dimension to Ahmad's addictive story. Stream Ceremony below and then head over to Bandcamp to grab your copy.


TAGS:  audio, raashan ahmad", sarsha simone, Soia, ty
Previous: Morning Soul: Easy But You Have To Please Me Next: We ‘Want’ More From Olivier Daysoul