SoundTable Discussion: A Few Thoughts On Ray J’s ‘I Hit It First’ 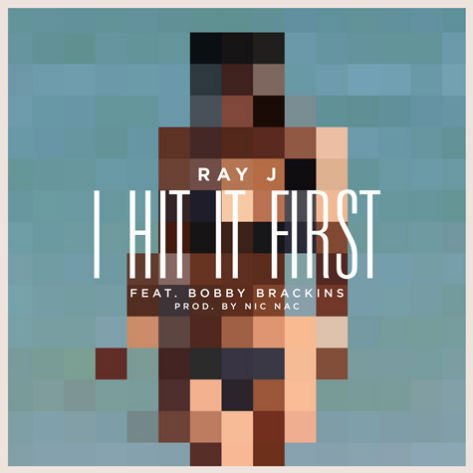 In his never-ending quest for relevancy and a hug, Brandy's brother has done it again. What is the it that Willie Ray Norwood Jr. aka Ray J has managed to do this time? Well, unless you've unplugged from the matrix since Friday, then you've more than likely heard about and heard his Kim Kardashian and Kanye West dis record, "I Hit It First." "Dis" and "record" is giving Ray J too much credit for a poorly executed piece of "music" that makes him look and sound like a bitter little b***h boy. Much has already been said about this fail of a track in the past few days, but SoulBounce would be remiss if we didn't add our two cents into the mix with our latest SoundTable Discussion. Led by Remi (who has crowned himself STD King), D-Money and Butta completed the three-way. Unlike Ray and Kim's intimate tryst that started this cycle of nonsense in the first place, there's no videotape, but there is lots of shade and snark ahead.
Center

Remi: As STD King, I deem this SoundTable worthy. Then again, Ray J may be competition for that title.

Butta: Welp, there is THAT. Listening to this song is definitely that positive diagnosis you DON'T want to get from your doctor.

Remi: In fact, what song? This is a gimmick and blog bait in search of a song.

D-Money: And who keeps telling him that he can sing?

Remi: Would you rather he rapped?

D-Money: I'd rather he disappear. But since he keeps coming back like cockroaches after a nuclear holocaust...

Remi: Wait, did he just say "I gave her that bum sex"?

D-Money: I think he said "bomb," but bum is more accurate.

Butta: Gross! And I think that D-Money meant "bum" as in a homeless person, Mr. Gutter Mind.

Remi: So he also needs elocution classes, then.

D-Money: And, judging by that decade-old sex tape, stroke lessons as well.

Remi: But this track proves he's determined to be known forever as "that dude who piped Kim K."

D-Money: Well, I guess it's a step up from "Brandy's brother."

Remi: Oh poor, poor, POOR Brandy. God bless her for continuing to pretend she's fiercely devoted to this albatross around her neck.

D-Money: I know. To be burdened with this untalented hack for life?

Remi: Then again, that may just be her prepping an emotional alibi for his untimely death in a freak accident.

Butta: Yes, Ray J is a tragic one-car "accident" with no witnesses waiting to happen.

D-Money: Also, who is this random ass rapper?

Remi: Yeah, what the hell is a Bobby Brackins anyway?

Remi: HAHAHAHAHA! This is true. Was Tyga unavailable?

D-Money: Hell, was Yung Berg too busy with his irrelevancy?

D-Money: Wait...did he just say "I'll get it wet, jacuzzi?" I really hate this dude.

Butta: He hates himself.

D-Money: What happened to the "Let It Go" Ray J? At least that had good production.

Remi: Who? Was there a worthwhile Ray J after "Formal Invite"? The best part of which, by the way, was its remix (the best parts of which were the Teddy Riley production and the Brandy hook).

Remi: Ahh. See, I only cared about "Wait A Minute" (absolute banger) and "Formal Invite."

D-Money: "Wait A Minute" was good because it was the Neptunes, and he talked instead of "singing" like he insists on doing now.

Remi: No, he sang on "Wait A Minute" -- about as badly as on this, but he sang. Of course. Ginuwine could've made that a banger.

D-Money: A three-year-old could've made "Wait A Minute" a banger. And yeah, he did sing. Briefly. Very, very briefly.

Remi: My thing is, he had some killer Neptunes beats and arguably the best ride in the industry: the coattails of Brandy in her prime.

D-Money: True. I mean, she even got that boy on Moesha, and then him and his plotline burned it the show to the ground.

Remi: Yet, from Lil' Kim to Superhead to Little-Bigger Kim, dude has only managed to sleep his way to the lower-middle.

D-Money: Wait, he slept with Superhead? Sheesh. She does have low standards.

Remi: Yeah, but I'm pretty sure we all have at one time or another.

D-Money: Well, I'd imagine that's why you're the STD King.

Remi: Whenever there's a gap in your memory, like "I went to the gym, did something I can't remember, then went to the store," chances are Superhead was involved. Or Ray J.

D-Money: So, do you think we'll get a response from 'Ye?

Remi: I don't think it'll get a response from Kris Humphries!

D-Money: And while we're talking about who marked that territory, wasn't Kim K married before she she started her own Million Man March?

Remi: I believe so. But isn't it shrouded in secrecy? I always picture it like the backstory of some awesomely bad Lifetime movie.

Remi: She moved away and lives in fear of him finding out where she lives, because after everything she went through to get away, only God knows what he'll do if he finds... ooh, camera! Sexyface!

Butta: Executive produced by and starring Kris Jenner as herself.

Remi: But it's on Lifetime, so it'll star Daphne Zuniga as the emotionally abused Kim K.

Butta: That's what we'll be saying about Ray J next week.

D-Money: Oh, OK. I was gonna suggest Cassie, but even Kim K deserves better than that. Not much better.

Remi: I feel like we should discuss the song a little more, but I don't feel inspired to. If they didn't feel the need to make an effort, why should we?

Butta: I'm one and done with listening to this hot garbage. So I have to go off of memory.

D-Money: So, who produced this? And by "produced" I mean pressed play on the Casio keyboard.

Remi: Basically. If you produced this, would you want your name attached?

D-Money: This dude's name is Nic Nac? This can't be life.

Remi: Give a dog a frickin' bone.

D-Money: Surprisingly appropriate, given the context.

Remi: But let's think about it, what could've made this song better?

D-Money: Besides someone else singing it? ...and effort ...and any part of a f**k being given?

Remi: When you think about it, the premise isn't that different from a lot of R&B music.

Remi: "You'll never forget what we had, blah blah."

D-Money: Except he's approaching like a rapper would lyrically.

Remi: With the right rejiggering, this could be GRAMMY-worthy.

D-Money: And actually, it would've worked as posse cut.

Butta: Ha! You said "posse cut" the jokes just write themselves I tell you!

D-Money: Honestly, it's sad when you're the star of the single and it's weakest link. I mean, it's really hard to take this song seriously. Mainly because Ray J doesn't.

D-Money: I mean, if he was gonna go there, he should've went there.

Butta: Yeah, this song is only a few years late and is so terri-bad it's laughable. Don't think that was the reaction he was going for.

D-Money: This throwaway track is for the birds.

Remi: That's the thing. I mean, for all his talk about being on that Money team, it's kinda odd to hear such a food stamp track.

Remi: Sometimes I think about all the drug dealers and gangbangers we lost, while Ray got to play dress-up as a Blood and come out on the other side with two reality shows, a book and Nippy's panties. And I really want to know what kind of creature would buy a book by Ray J.

Butta: You know it's bad when you can't even make your career pop with a stint on Love & Hip Hop and you have to resort to popping that thang on Ray J for relevancy. She's the biggest loser.

Remi: No, she'd only buy it to figure out how she could cram more vowels into her first name, which I'm pretty sure you misspelled, by the way. I remember there being a U in there somewhere.

D-Money: Nope. Her mama actually did that to her.

D-Money: But once again, we're not talking about this song.

Butta: Trust me, no one will be talking about this by the deadline to file income taxes.

Remi: It's like trying to transport a cobweb -- just not enough there there.

D-Money: Right, the tangents are too tempting. So much Ray J wackness, so little time.