Kimberly Nichole Shows Us A ‘Shade Of Blues’

Kimberly Nichole doesn't dub herself the "Rock Ballerina" for kicks and giggles. The woman has proven time and time again that she knows how to rawk-out with the greatest of grace, making her the Millennials answer to such bluesy-rock women as Joyce Kennedy, Betty Davis and even Tina Turner back when she was "workin' together" with Ike. Those who have witnessed KimNicky live in concert also know that she is an undeniable vocalizing beast, and though I believed it to be true, sometimes you just need the evidence right in front of you to confirm. Well, confirmation is in as KimNicky has shared with us her recent performance at New York's Rockwood Music Hall where she spouted off her renditions of hits from The White Stripes and 4 Non Blondes as well as pulled out two new songs, "Shade Of Blues" and "Sarah the Devil," to surprise everyone -- and naturally she and her backing band put on quite an aural feast. If you're feeling in a straight up rock n' roll mood, then by all means press play on the lean and mean "Shade Of Blues" and also check after the bounce to hear her snap, crackle and rock on a performance of "Little Girl New" from her 2011 debut, The Yellow Brick Journey. 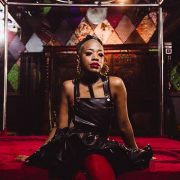 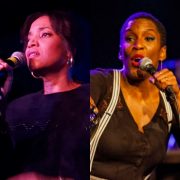