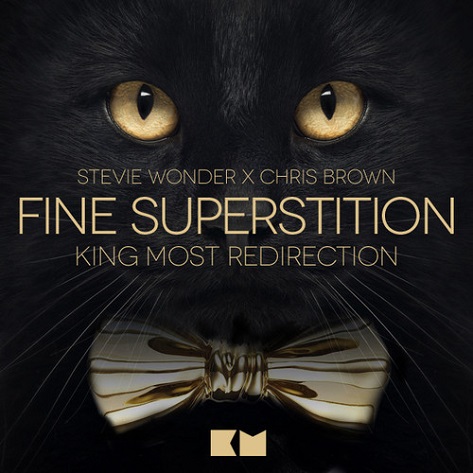 File this one under "Pairings I Never Even Thought Of." Though I've managed to mostly resist the craze over Chris Brown's "Fine China," I have to say that that the song's MJ-like groove has won me over. Perhaps that's why so many have been interested in hopping on the track. However, most people wouldn't dream of mixing anything Chris Brown related with a Stevie Wonder classic. DJ and producer King Most isn't most people, however. He's taken Stevie's vocals from 1972's "Superstition" and set them free over the instrumental of Brown's "Fine China." This unexpected stroke of genius produces an undeniable jam. Something about Stevie's delivery just melds well with the instrumental. Dare I say, it almost sounds like Stevie's vocal was made for the '80's throwback groove. If you happen to dig King Most's "redirection" too, then you'll be happy to know that there's a lot more where that came from on his SoundCloud page. But before you get acquainted with his oeuvre, give his latest a spin and a (free) download below.