Listen To A Sneak Preview Of Joe’s New Album, ‘DoubleBack: Evolution Of R&B’ 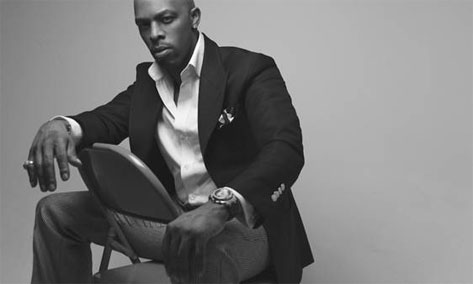 July is primarily known for Independence Day on the fourth day of the month, but R&B crooner Joe will be setting off some fireworks of a different kind when he releases his new album, DoubleBack: Evolution of R&B, on July 2nd. He's already dropped the first single, "I'd Rather Have a Love," to positive reviews this past February, and to keep the momentum going he's now giving fans a sneak preview of a few more cuts from the new set on this four-track sampler of snippets. Here we get to hear "Love & Sex" featuring Fantasia and solo cuts "Magic City," "Easy" and "Baby." These snippets are just enough to get a feel for the songs but not enough to really get into them as such. However, from what I can gather, one of the most consistent cats in the game may just have another solid album on his hands.
Center