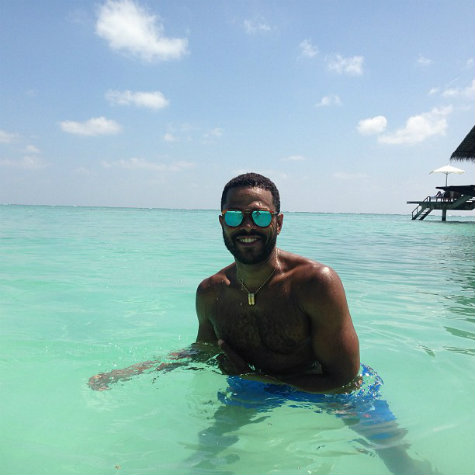 Oh that Maxwell is such a tease. If you've been following the social media savvy crooner, he's been using almost every platform to keep his fans in the loop of what's been going on in his world. In addition to posting deliciously shirtless pics and sexy selfies on Instagram and the teasing for upcoming shows and new music on Twitter, in recent weeks he's also been using his feeds to drop hints about a new social networking venture that was officially unveiled this morning called Upfront. The new tool promises to connect celebrities and fans in a way that other networks have yet to do with exclusive behind-the-scenes footage, updates, text messages, insider info and other cool perks about your favorite artists. Along with Maxwell, Australian band Hillsong United are the venture's first two influencers or "Creators," with other celebrities such as The Game and Ledisi also attached to the budding project. The private service doesn't come free however, with monthly membership running between $0.99 and $5.99 a month providing various levels of access. The base level or Club level offers access to questions, thoughts and videos, while the next level or Premium level, also includes exclusive audio and video. The top level, All-Access, includes all of the above, plus live webcasts and in-person events. A free downloadable app for both iPhone and Android makes sure that you can have access at all times.
Center

Of course, with me being the stan eagle-eyed reporter that I am, I opted for the All-Access option, ya know, for "investigative purposes" only. Although I'm still working my way around here, I will say that so far I've received two prerecorded phone calls, a couple of text messages, a private message and the video accompaniment to many of those shirtless Instagram pics. He also unveiled Memphis as one of the cities on his recently announced spate of concert dates in a short exclusive video. Though it's still to be seen how far Upfront will go, if today's launch is any indication, it definitely seems to be off to a strong start. 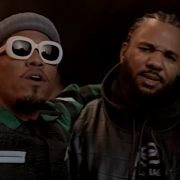