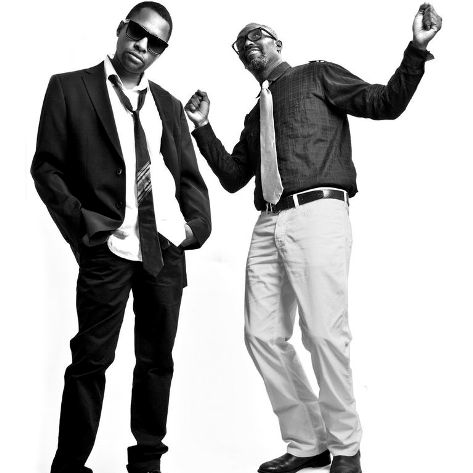 I think we are all over the whole "retro soul" sound, having been repeatedly beaten over the head with it for the last few years, but that doesn't mean there isn't still space for music directly inspired by the classic sounds of the '60s and '70s. Take new Stones Throw Records signees Myron & E, whose sound leans more towards "timeless" than straight-up Motown-jacking. The pair met while on tour with hip-hop duo Blackalicious, Myron Glasper was the backup singer and Eric "E da Boss" Cooke was the tour DJ, but both hail from the Bay Area and so decided to work on material together. On a separate tour through Finland, Cooke had met The Soul Investigators (who play alongside Nicole Willis) and their producer, Didier Selin, had left him with a number of unfinished tracks, which the duo used as their starting point. A few years on and they are ready to unleash their debut album, Broadway, on July 2nd, but first they have given us a taster of what to expect with the LP's lead single, "If I Gave You My Love." The track is a smooth slice of mid-tempo soul, full of top-notch instrumentation and some on-point vocals from both parties, that I have had on loop all morning. Take it for a spin, then drop by the Stones Throw website to grab a free download.