Tall Black Guy Has Got The ‘Look’ Down

Can I rap with you for a second? You see, I happen to be a member of the elite club of men of African descent who also happen to be tall. While there are some definite advantages to being a part of this group (one being that I never have a bad spot at a standing room only show), there are definitely down sides to being black, male and above average height. For example, finding pants with the correct inseam is like trying to hunt for an endangered species in the wild and low doorways are pretty much the bane of my existence. However, the most annoying thing about being tall, black and male is the assumption that having those characteristics means you're automatically imbued with magical basketball abilities. Not surprisingly, producer Tall Black Guy understands my plight and has even given it a soundtrack. "You Look Like a Tall Black Guy" is the first release from his upcoming debut album 8 Miles to Moenart and samples a familiar scene from an '80's episode of The Cosby Show in which one of Theo's friends gets asked the age old question. The accompanying video includes clips from the episode as well as images of a younger Bill Cosby getting down and funky in the '70s. 8 Miles to Moenart will be released to the public next Tuesday (May 20th) and will definitely feature more where "You Look Like a Tall Black Guy" came from.


TAGS:  bill cosby, tall black guy
Previous: Katy B Tells Us ‘What Love Is Made Of’ Next: Are We Feeling Kendrick Lamar’s ‘Vibe’? 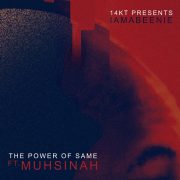