The-Dream Gets Beyoncé & 2 Chainz ‘Turnt’ Up 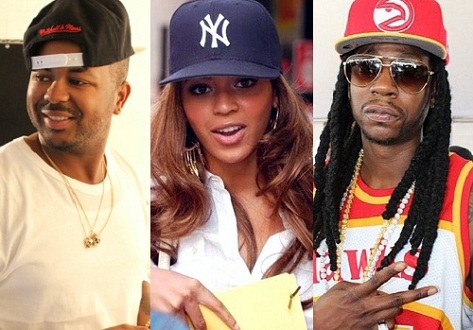 That damn inner hoodrat. Every time I'm sitting down to sip my tea (with my pinky up, of course) and commune with high society, here it comes body rolling its way out and cracking my carefully crafted bourgie facade. This time, The-Dream is to blame. I managed to avoid most of The-Dream's promo for his latest album IV Play, what with song titles like "Dope B*tch" and "P*ssy" not making me immediately rush to press play. However, with the release of the album coming in a week, Radio Killa has me ensnared me in his chubby little web with the latest leak from his project. The body rollin' bass bump of "Turnt," which features none other than Beyoncé and hip hop's feature king 2 Chainz, is like a siren song to the ratchet yatch that lurks within. Like most things The-Dream, it's R&B at its most ignant (not a typo), made to appeal to all the freaks in the house. It's also probably the raunchiest we've ever heard Bey on wax (I'm sure Michelle Obama will probably clutch her pearls at Bey wanting someone to "beat it up 'til I black out"). Still, with a hot 16 from 2 Chainz and a beat made for strip club sound systems, my inner hoodrat is satiated (and not a moment too soon, as I was starting to become curious about Love & Hip Hop). Bump "Turnt" after the bounce and, if you're so inclined, preorder IV Play on iTunes now.

TAGS:  2 Chainz, audio, beyoncé, michelle obama, the dream
Previous: 8th Grader Gets ‘It Right’ On His Self-Titled EP Next: Sasha Allen May Have ‘Next’ On ‘The Voice’