‘Wake’ Up To Moonchild 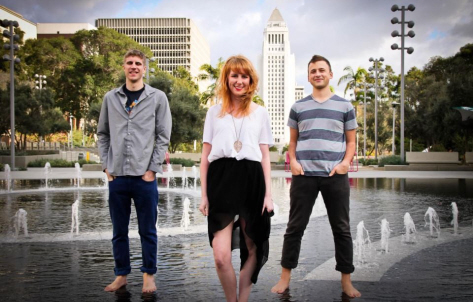 After listening to Quadron's Coco O. give ragtime a modern spin on "Where The Wind Blows" and in anticipation of The Great Gatsby coming to big screens next week, I'm quite on the wagon to give the era of bobs and booze a 21st century revival, especially in the music sense. Newbie group, the Los Angeles-based Moonchild, must be thinking in a similar frame as I as they give shades of the Jazz Era on their charming single, "Don't Wake Me." Softly the song billows out breathy jazz-minded vocals with plush keyboard touches and lullaby horns, leading the spark to a bygone era, but still feeling rather rooted in current sounds. No stranger is the band to dipping into the past as their debut album, last year's sleeper hit Be Free, features similar soft fare. Before we anticipate a brand new set from this budding trio in the fall, snag the free download of "Don't Wake Me," and take note of a group who aren't afraid to dip into the past for inspiration.


TAGS:  audio, moonchild
Previous: Kimberly Nichole Shows Us A ‘Shade Of Blues’ Next: Melanie Durrant’s ‘Gone’ Is A Slow Burn