We ‘Got’ Sinead Harnett 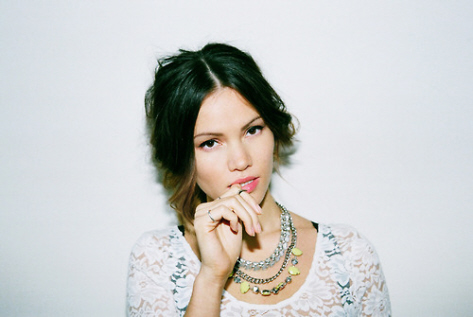 The name may escape you for now, but Sinead Harnett is about to make her name a permanent fixture in your conscious in the coming year. The London-bred songstress has already had her commanding voice featured prominently on tracks by hip collectives such as Disclosure ("Boiling" and "What's In Your Head") and Rudimental ("Baby" with MNEK), but now she's proving that she can show up to the party stag. She steps out into the solo spotlight with "Got Me," an Eats Everything & Lukas-produced cut that is hypnotic, sexy, sumptuous, rhythmic -- you know, just all those good adjectives that describe a dance floor stunner that will find perfect placement on your summer grooves playlist. It's evident that Ms. Harnett's time to shine is now, and she won't be leaving us high n' dry for new material as she's gearing up for her debut album to be released on Black Butter Records in the coming months.