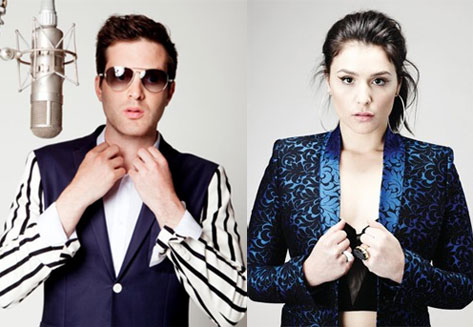 I'll admit Mayer Hawthorne has kinda passed me by with his previous releases. In fact, the only music of his that I have in my collection is Tuxedo's self-titled EP, and at the time of downloading it I didn't even know it was him. Set to release his latest album, Where Does This Door Go, on July 16th, Mayer certainly caught my attention this time around though, as he has enlisted the mighty Jessie Ware for his first single, the Oak (of Pop & Oak) produced "Her Favorite Song." Now the track certainly doesn't make me regret not grabbing all Mayer's previous material, but it's a pleasant enough mid-tempo number and Oak's production flourishes are pretty nice if nothing new. However, the one thing that I thought would make me like this song (HINT: Jessie Ware) turns out to be a little disappointing, as she basically phones in the song's uninspiring hook. Let's hope production from the likes of Pharrell and Jack Splash on the rest of the album can deliver a little more punch.