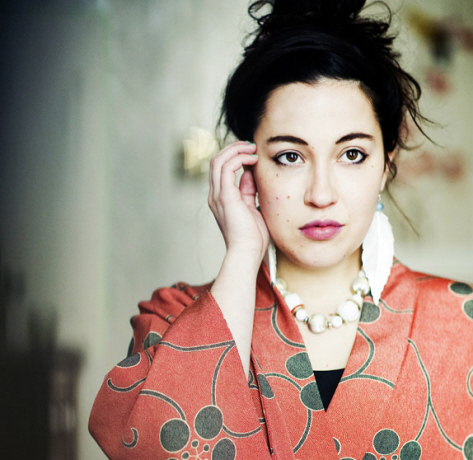 The bond between a singer and a producer is quite special. Without Michael Jackson joining forces with Quincy Jones, Donna Summer being in sync with Giorgio Moroder and Jermaine Dupri latching up with well, everybody, things wouldn't as innovative in music and, well, it would be pretty darn boring. Singers put almost their whole trust in a producer so that a unique sound can be cultivated and stand out from the usual. Taiwanese singer Soia has really no issue standing out as her putting trust in producer Mez has led to successful results. With Soia's debut EP, Mood Swings, the Vienna-based duo's chemistry is afire, thanks to the perfect blend of Soia's classic jazz chanteuse-inspired vocals that drape lovingly over the assemblage of jazz, hip hop and dream-like electro-soul sounds that Mez has sculpted for her. Just listen to the engulfing title track and previously released singles, such as "Obtaining" and "Lost In Memory" to catch my drift. Still Mood Swings is all Soia's show and you can take it for a spin after the bounce as well as give further love to this up-and-comer by cruising her SoundCloud page.