Chrisette Michele Makes It ‘Better’ On Her New Album 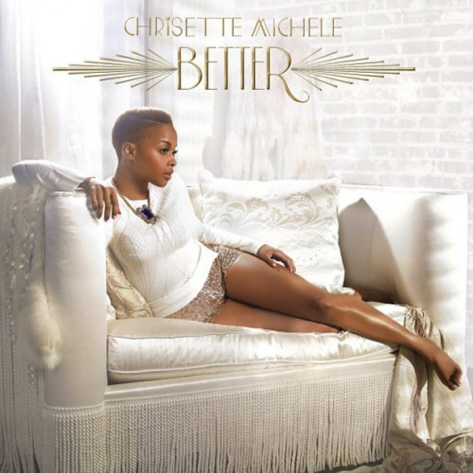 When Chrisette Michele released her 2007 debut, I Am, she was the breath of fresh air so many craved in modern soul music. At the time, she was the anti-glitter-and-fuss Beyoncé, a singer's singer who shunned commercialism and opted for the dark smoky corners of coffee houses as her habitat. A little fish in a big pond of Jill Scotts, Erykah Badus, Ledisis was Chrisette Michele, and even with a GRAMMY win and praise in tow, well, she was still one too many of the same kind of nouveau soul singer. Still, I Am was a mighty fine debut and erroneously, most (including myself) vied for Michele to follow-up her debut in a similar aural vein. Yet, the former hook girl for Jay-Z and Nas had other ideas.

For 2009's Epiphany Michele went into full-blown R&B territory abandoning the sweet jazz and neo-soul mixture of I Am. As a result, the album as a whole divided fans, even though with her searing vocals Michele elevated the rhythm and blues formula and churned out yet another solid release. Then 2010's Let Freedom Reign happened and it, sadly, flopped lifeless on the ground as Michele presented an album raft with uninspired material that did little to push her into the forefront or exemplify her powerhouse vocals. In short, she sacrificed the uniqueness of what drew fans in from the start in order to appease to commercial beck and calls -- the one thing she had set out in the beginning not to do. Whoops.

Fortunately, Chrisette corrects her faux pas and comes back to self, as Better is, well, better in the sense that Michele has found a way to bridge both I Am and Epiphany and nestle into a harmonious sweet spot. Michele's adulation of Sarah Vaughn, Billie Holiday and other legendary jazz chanteuses is still there, swirled into the mix of her flair for dramatic and modern R&B that has a dollop of hip hop placed on top, and it's this mish-mash that will appease fans of Michele's work of yore.

Also on par is Michele's vocalizing. She was always head and shoulders above many singers of her ilk, but on Better she projects with more assurance and vulnerability and the material she has presented fits it, not isolates it. When you hear tracks like synth zingers like "Visual Love" and the gorgeous O'Jays sampling single, "A Couple of Forevers," you'll hear her growth as a vocalist shine.

Michele has also gotten a firmer grasp on her pen. She was recently quoted saying that she needed every record to be "dynamic" and be exactly what she's going through and "experiencing right now." Chrisette has always lived up to that promise as her albums play like poetic and rhythmic diaries, and Better further illustrates her journey of re-discovering herself yet this time applies her personal growth to how she approaches love. Older and wiser, she treads with caution as she manifests independence on "Let Me Win" and the Bilal assisted briskness of "Can The Cool Be Loved?". Michele also notes her flaws and limitations on the confessional "Snow," even rebuffing 2 Chainz's advances on the moody "Charades".

Chrisette doesn't build a wall around her heart too high as she optimistically coos about desiring love on the glowing title track and between the lush acoustics of "Get Through The Night." She even torches a Philly soul love letter on "Love Won't Leave Me Out" to fill it all out.

Michele does veer off into fun numbers like my personal favorite "Rich Hipster," which was an import from last year's Audrey Hepburn EP and has Michele planting tongue to cheek on an observation of the life of 21st century trendsetting movement she feels a part of. Even "rich hip-hop hipster" Wale gets in on the fun with a verse or two.

For several years now, arguments of what is "real R&B" have ricocheted back and forth pinball machine like. Still I ask, what is "real R&B" supposed to sound like? Who is giving the right sound? Who is not only expanding upon it, but reaching back to the foundations of where it all began? From these questions a myriad of answers (mostly arguable opinions) surface. Yet, after hearing Better and noting the journey of class and sass that Chrisette Michele has been on since she first sashayed in, it's evident where the answer to those questions lie. For someone who began their career as "one of many" Chrisette Michele now currently stands as one, a singular and enduring contender in the crazy checkerboard game of R&B, and it's all thanks to the betterment of Better.