Columbia Nights Go ‘All In’ 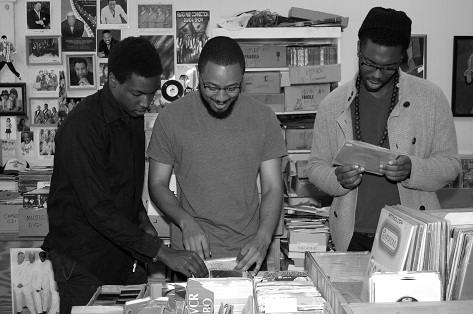 The Bounce-Worthy fellas of Columbia Nights are back at it again. After giving us the amazing Dawn | Dusk last year, they return with new single "All In." The jazzy number came about when the group members contemplated what jazz legend Herbie Hancock and his backing band The Head Hunters would sound like covering the work of legend-in-the-making Flying Lotus and his frequent collaborator Thundercat. What resulted is a groove that feels at once laid-back and urgent as it borrows from both inspirations equally. And, as if the new single weren't enough, the guys have also announced their upcoming Dawn | Dusk: The Remixes EP, which will feature remixes of all the Dawn | Dusk tracks as curated by the group, including a remix from the group's new member Jason "Brother Spanky" Edwards. Dawn | Dusk: The Remixes will be released digitally on June 17th (you can preorder via iTunes and Bandcamp now). However, you can listen to and download "All In" below right now and stream Dawn | Dusk: The Remixes in its entirety after the bounce.