Is Kanye’s ‘Yeezus’ Worthy Of Praise? 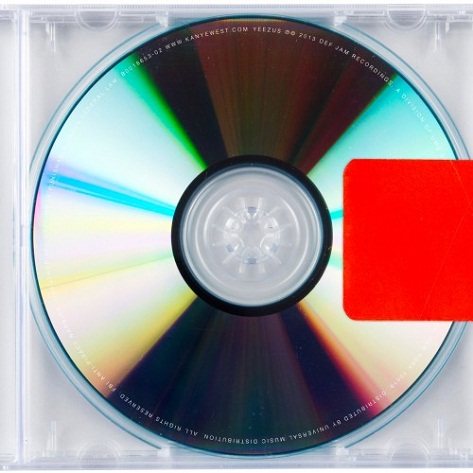 I've listened to Kanye West's latest album, Yeezus, a total of 10 times from front to back. And still, it has left me mostly perplexed as to how I feel about it. Perhaps, though, that was the the point. Yeezus is Kanye at his most challenging, abrasive and arrogant and still it houses some of his most brilliant and insightful work. In effect, it feels closer to performance art than it does to an actual album (and this is perhaps made even more evident when including his recent performances of the album's songs, especially what he did last month with "Black Skinheads and "New Slaves" on Saturday Night Live). Still, the album is a very dark listen. In fact, if 2008's moody 808s & Heartbreak had a maladjusted kid with 2010's My Beautiful Dark Twisted Fantasy and it grew up to be a brooding young man, then that man would be Yeezus.
Center

Interestingly enough, this is also probably the least "musical" of Kanye's albums. The slick, sped-up soul samples, melodic lines and chorus cameos by soul and pop singers are mostly gone here. Instead, Yeezy revels in dissonance. Album opener "On Sight" (the first of many times that collaborators Daft Punk take on producing duties), is framed in buzzing static and electronic blips and beeps as 'Ye warns that a "monster about to come alive again." He's not kidding, either. "On Sight" sets the dark, slightly misanthropic tone that the rest of Yeezus follows with sardonic glee. Whether he's observing the role race and racism plays in society on the punk-influenced "Black Skinheads" and "New Slaves" (which features a barely there appearance by Frank Ocean) or overdosing on tongue-in-cheek blasphemy as he does with "I Am a God," he dellights in being vulgar, profane and making the listener feel uncomfortable.

However, while the first part of the album manages to keep your head nodding even when you aren't sure that it should be, it's when Kanye delves into two of his most visited subjects (himself and his relationships with women and the spotlight) that things really get interesting. "Hold My Liquor" may feature rapscallion Chief Keef and frequent collaborator Justin Vernon on the hook and chorus, but it's all about 'Ye's inner dialogue on the verse. It also leads into "I'm In It," which might just be the unsexiest song about sex ever created. Filled with imagery that would make even the most perverse of us blush ("Black girl sippin' white wine/put my fist in her like a civil rights sign," he raps at one point) and Justin Vernon's deliberate repetition of "starf--ker," one can't say that this sounds like it was created by a man in love.

"Blood on the Leaves" continues the wave of romantic cynicism. A close cousin to 808s' Auto-Tune drenched laments, Kanye oddly chooses to juxtapose Nina Simone's version of civil rights era call to arms "Strange Fruit" with C-Murder's "Down 4 My N----z" to, oddly enough, address a failed relationship. While that reach ultimately doesn't pan out, "Guilt Trip" actually does a better job of expressing his concerns about himself and his relationship with women (it's also one of the few times on the album when his references to women don't make you cringe). Of course, that introspection is undone by "Send It Up," the weakest link of the album's 10 tracks. Led off by a lackluster verse by Chi-Town rapper King L, Kanye steers the track nowhere as he raps about meeting groupies in a club. Luckily, final track "Bound 2" ends the album on a good note. Giving us a slight glimpse of the Kanye we first met on 2004's College Dropout, Yeezy rhymes over a sample of The Ponderosa Twins' "Bound" (and the inspired use Brenda Lee's "Uh huh, honey" ad lib from "Sweet Nothin's"). This sort-of ode to love (probably as close to one as we're going to get from modern-day Kanye) is perhaps the only time the listener gets a sense that Yeezy had any fun making this album. Perhaps he wanted it to be the palate cleanser after the heaviness that came before it.

After listening to Yeezus, you'll feel as if you the just waded through the darkest recesses of Kanye's mind. Every adjective that people have used to describe the album is true. It's just as much a brilliantly creative masterpiece as it is a misguided, misogynistic mess. Yet, for all the raw emotion, braggadocio, hypocrisy, failure and greatness that the 10 songs hold, the entire collection has accomplished its goal: It's got us all talking about Yeezy once again, even if it's just to discuss how conflicted we are about how we feel about his latest effort.