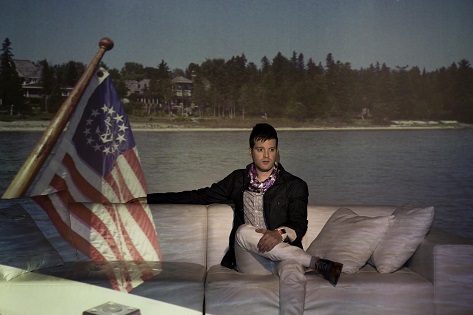 There was never any doubt that crooner Mayer Hawthorne was this generation's yacht rock mantle bearer. However, if you ever needed any proof, look no further than his latest release "Reach Out Richard." Partnering up with super-producer extraordinaire Pharrell (who seems to be on a roll with his creative output recently), Mayer approaches Steely Dan territory with this smooth ode to his father. "All I'd ever wanna do is be as good a man as you," Mayer sings in his signature falsetto as the music, full of upbeat chords, rhythm guitar and plenty of cowbell, coasts along as smooth as silk. A fitting release this week, as Father's Day is just around the corner. What's also around the corner is the release of Mayer's Where Does This Door Go, which will hit stores on July 16th. If you've been craving some yacht rock goodness, check out the heartfelt "Reach Out Richard" below.