Rotimi Shows His Vulnerable Side With ‘Only Human’ 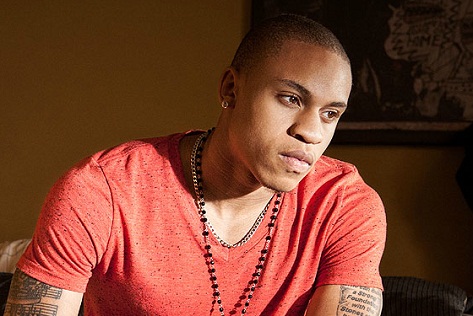 You might not know exactly who Rotimi is, but you've no doubt seen him working his dayjob. The singer-actor-model has had featured roles in political drama Boss and upcoming films Black Nativity and Divergent. For fans of music, however, he's probably best known as Keyshia Cole's unfaithful boyfriend in the drama-filled clip for "Trust and Believe." Now Rotimi's once again making music moves. His latest single is "Only Human," an emotional ballad that finds the singer pursuing an angel he doesn't deserve and who he knows he'll eventually hurt. For the track's creative and visually appealing clip, he pulls in Naturi Naughton, a singer and actor in her own right, to play his scorned lover whom he can't seem to do right by. Utilizing a rather inspired technique, the past is shown within Rotimi's silhouette as he passes through his sad and blue current existence. "Only Human" is the first we'll hear of Rotimi's upcoming EP, scheduled to be released later this summer. Listen to and download the track below and hit the bounce to see the visually arresting clip.