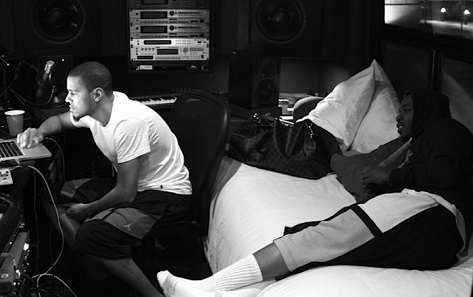 The arrival of J. Cole's hotly anticipated sophomore effort Born Sinner is a little over a week away. And, as with any album release in this day and age, that means that album leaks are coming fast and furious. The latest leak is "Forbidden Fruit," which features none other than man of the moment Kendrick Lamar. Sampling Ronnie Foster's "Mystic Brew" (perhaps best known as the source material for A Tribe Called Quest's "Electric Relaxation"), Cole waxes poetic utilizing a broad Adam and Eve metaphor throughout the track as he fills the laid back groove with his own brand of braggadocio. Instead of contributing the expected guest verse here, Kendrick lends his vocals for the chorus. An unexpected choice, but an effective one. Born Sinner will go head to head with Kanye West's Yeezus when it drops on June 18th. Put on your headphones (the language is a bit NSFW) and check out "Forbidden Fruit" below. [H/T: 2DB]